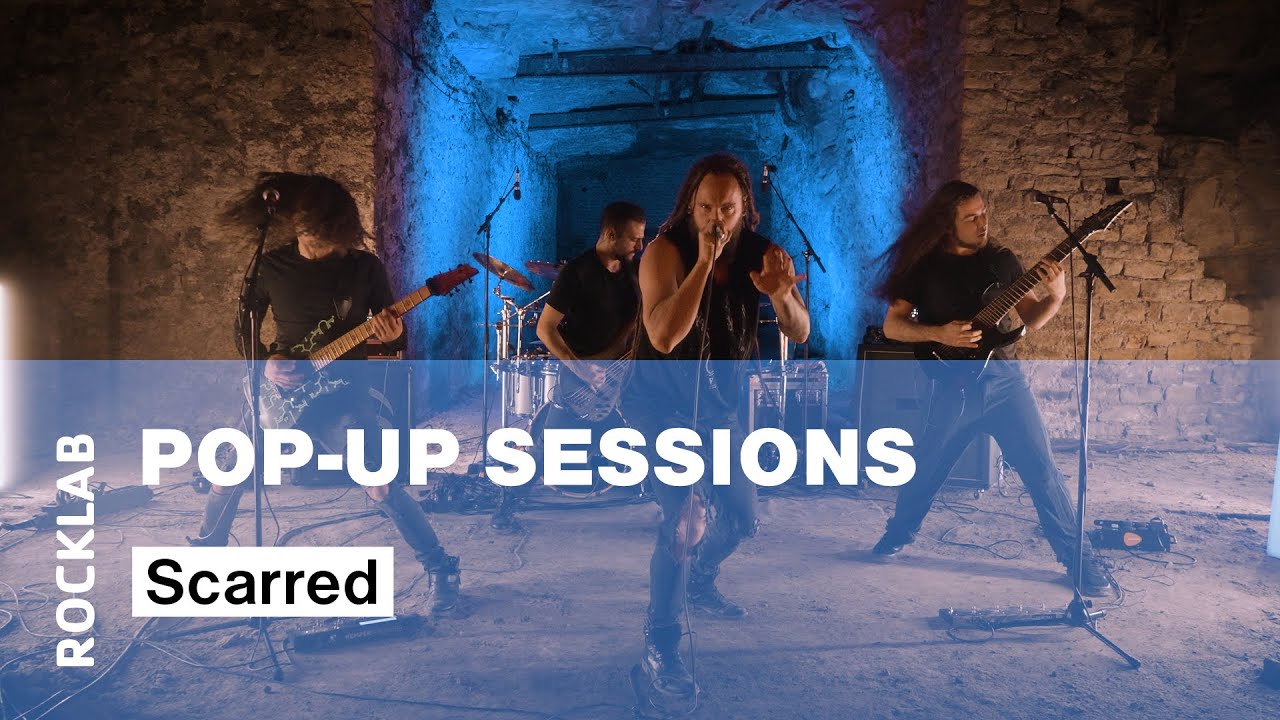 Crushing live performances, relentless energy and a tidal wave of melodic atmospheres and ear-catching hooks have made Scarred one of the standard-bearers for the Luxembourgish metal community. Originally a thrash metal project, the band was formed in 2003 by drummer Laurent Kessel and guitarist Diogo Bastos. Drawing on a broad range of influences from the periphery of the metal spectrum (Pink Floyd, Tool…), their sound has matured into a feral blend of technical extremes fused with 90’s metal, creating a proliferate buzz around this five-piece.

To keep evolving as a band, Scarred have added Yann Dalscheid on vocals and Vincent Wilquin (Fractal Universe – Metal Blade Records) on guitars.

After 4 years of maniacal work and dedication, the band has returned in January 2021 with a new album, the self-titled SCARRED. It is their third LP and the first album featuring their new singer Yann Dalscheid.
The album was recorded by the band themselves and Patrick Damiani (Tidalwave Studio, Karlsruhe (D)), mixed by Patrick Damiani and mastered by Robin Schmidt (24-96 Mastering, Karlsruhe (D).

SCARRED is inspired by the transformation the band has gone through over the past four years and is by far their most personal work to date, hence the self-title.

Without being a narrative, this opus is constructed as a concept album and can be listened straight through with almost no interruption, with different parts of the album echoing each other much like a Pink Floyd album. It is meant to embark the listener on the same journey the band has traveled, from the initial disaggregation, up and down, to the final liberation.
While this album is still deeply anchored in Death Metal, it contains a lot more melodic and atmospheric, even psychedelic elements than SCARRED’s previous work, taking advantage of the broad range of their new singer.
The album was released on January 22nd under the banner of KLONOSPHERE / SEASON OF MIST DISTRIBUTION / THE ORCHARD.