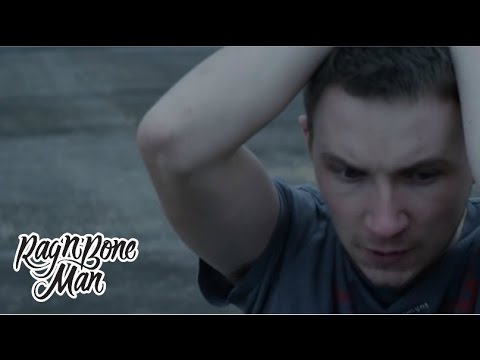 The background: Loaded with refined influences, Rag ‘N’ Bone Man has been a prolific underground name for a couple of years now, honing a ferocious live reputation through guitar wielding solo performances, as the resident vocalist of rap’s Rum Committee, and now through his first release through independent label “Best Laid Plans”: Wolves. And, like many things, it began with the blues.

The truth: The young Graham used to hit up a local jam session, and one particular evening, after a couple of pints, he’d end up making a decision that would define his future. “I was nineteen or twenty at the time,” starts Graham, “One night, I had one too many and got the courage to jump on stage and sing a Robert Johnson song. I remember being up there and thinking ‘this is cool as fuck’. […] I went every week, and sat in the corner playing harmonica or singing on stage. At that point, I knew it was what I wanted to do.”

The buzz: Owing to that moment when his blues and beats worlds collided, the sound of Rag ‘N’ Bone perfects an artistic dualism of old and new. The nine tracks of “Wolves” pack an eruptive mixture of hip hop and electronic thunder, with a golden coating of soul. This release marks the Rag ‘N’ Bone Man stepping out of the shadows.

File next to: Brothers of the Stone, Denai Moore, Raury.