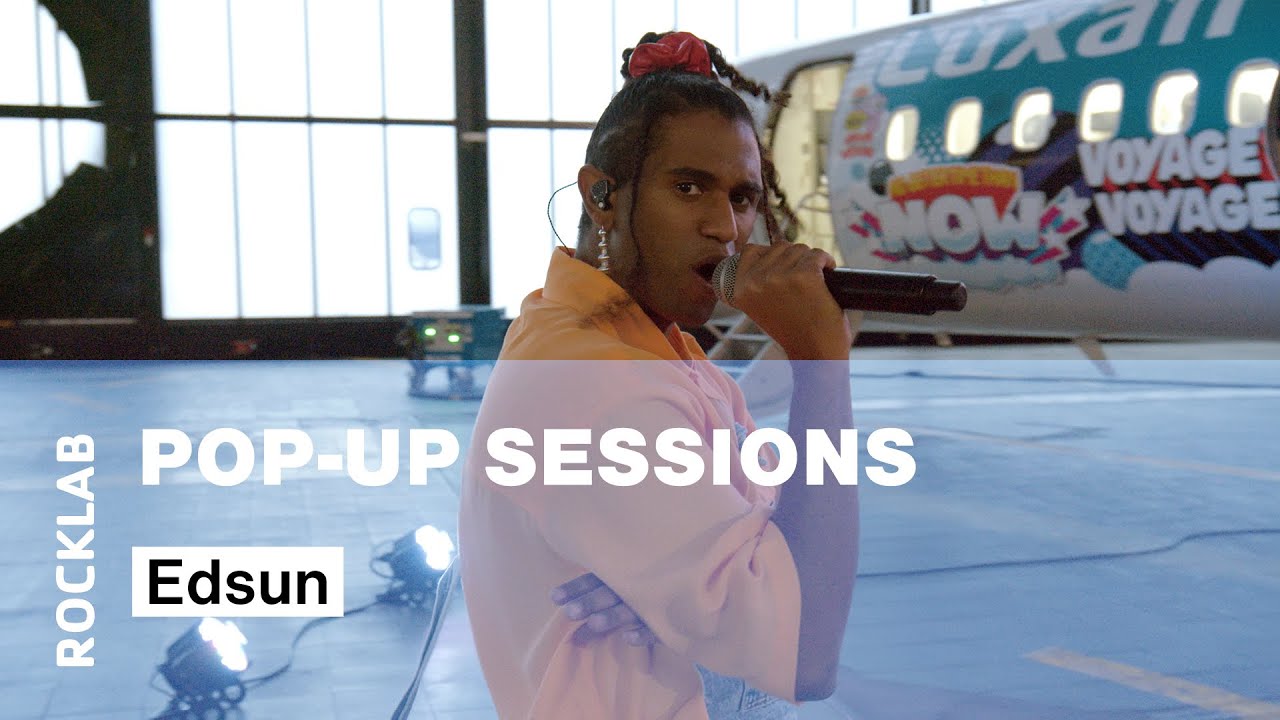 Edson Pires Domingos, better known by his artist name ‘EDSUN’ is a R&B/Pop singer, producer, dancer and performer from Luxembourg. From a very young age, he was very much into performing arts and music. Coming from a very musically driven household, Edson was surrounded by music every day, growing up listening to artists such as Michael Jackson, Prince, Pop Rock, 90’s Hip Hop, and traditional Cape Verdean music. At the tender age of 2 years, Edson’s parents who owned a pub, often put their son in the spotlight by placing him on tables where he used to dance.

Edson also participated in local talent shows / events which were either organised by his schools, community or town hall. In 2001, he showed off his dancing skills during the elections of Miss Cap-Vert. In secondary school, Edson started to take Hip Hop dance lessons which helped him to become more confident and expressive. He then also applied to take dance lessons at the Conservatoire de Musique du Luxembourg, where he discovered a new world of performance for himself. After he finished his dance formation, Edson felt the urge to dedicate more time into his own music.

As a result, Edson bought his very first Macbook Pro, and started to produce and write his own songs in his bedroom. He also began participating in Open Mic events and to slowly show his art on stage.

In the meantime in 2013, he teamed up with his producer Emerine Samuel, who was studying Music Technology in London. Edson would often visit Emerine in London and they started to produce and record songs in his flat in England.   After experimenting on sounds for a few months, EDSUN released his first singles digitally, notably GYST, Jump Off The Wall and Underwater in 2014. Back then, EDSUN’s music had a more alternative R&B vibe, with dark moods and edgy percussions.

This time, London helped EDSUN to further develop himself as an artist. He began to think of defining his own style both in music and dance and to further concentrate himself of the conceptualisation of his first EP. He would fuse together contemporary dance with Hip Hop, Jazz and Ballet elements in order to create a style that was unique and authentic to him. He explored deeper electronic sounds and how to blend real instruments into his productions and live shows.

In 2015, EDSUN finally released his debut EP ‘N.O.’ and his very first music video ‘No Compliments’. The same year in November, he had his first release concert for his EP at the Kulturfabrik in Esch/Alzette. At this point, he was inaugurated to the Luxembourgish music scene. In 2016 he was performing at many shows in the Rotondes during his own headline show, Congés Annulés and Sonic Visions at Rockhal. His show was described as  “[…] en révélation de la soirée, le R’n’B sombre et électro d’EDSUN. Le chanteur et danseur luxembourgeois impressionnait avec son univers exigeant et ambitieux” (L’Essentiel, November 2016).

In 2017, EDSUN began to produce and write more songs, notably ‘Apologee’ and ‘Forever’. During this period, he explored new sounds and ideas, with the goal to redefine himself as an artist. In April, EDSUN was the first artist to receive the grant for ‘Dévelopment d’Artiste’ by Focuna. During Sonic Visions at Rockhal, he exhibited a 360-degree VR experience titled ‘The Platonic Touch’. He carried this concept with him throughout the following year. He mainly dedicated this time to focus on his art and to find a new sound with the aim of detaching himself of the gloomy and dark mood that he was known for thus far.

In 2018, EDSUN launched a Kickstarter campaign in order to raise money to organise a European Tour, while working on his second EP titled ‘You Are Not Just One Thing’. The ‘Platonic Touch Tour’ was born after managing to raise more than 5000 euros. In October, he toured in Belgium, Germany, Norway and ended his Tour with a unique show at Rockhal in November. The focal point of the tour was not only to promote his new EP, but to spread awareness of the importance of lack of platonic touch amongst men. Furthermore, his one-shot music video ‘Lisa’ won the award for Best Music Video at the first edition of the Luxembourg Music Awards (LMA). He was also crowned as Artist of the Year during this ceremony.

As EDSUN started to open up more, it gave him new perspectives to not only see matters from one side.  He has grown in having more understanding and compassion, which is a big part of the themes that he talks about in what he creates. A huge part of his art is dedicated to the marginalized or disenfranchised people. He knew this for himself but was really scared that if he would talk about it too much in the beginning, that he would maybe say things that he didn’t really want to say because he didn’t feel ready.

In 2019, EDSUN began to further evolve his artistry, taking a more Pop and Festival approach to songwriting. In the beginning of the year, he performed as the support act of Mike Shinoda from Linkin Park at Luxexpo The Box in Kirchberg and also had his first headline show in Paris. Inspired by living two months in Berlin a few weeks in Paris, where he got to know new songwriters and producers, he organised a one-week songwriting camp, where he invited producers such as Emerine Samuel, Navid Razvi, Mudaze, Cehashi, Mateus Wojda, John Wolter, Them Lights, Denis Schumacher and Loup Schwartz to write more upbeat and uplifting songs. A total of 6 songs flourished from the creative week, which he used to redesign his live show which he then presented a month later at the renowned Primavera Festival in Barcelona. Consequently, he was booked to perform at BIME City Pro in Bilbao in October 2019.

In 2020, EDSUN was one of the main acts for the Free Mobility concert, inaugurating Luxembourg as the first country in the world with free public transport.