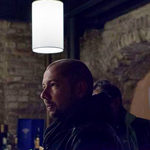 Eric Bichon graduated with the Issoudun professional degree in artist management. Among many experiences as a manager, tour manager, festival and show promoter, he joined L’Autre Canal concert venue in Nancy, France from 2007 to 2012 as the accompanying artist manager. He founded Stylobrique in 2012, a non-profit organization dedicated to the management of such artists as Chapelier Fou & Filiamotsa as well as to the creation of projects and cultural actions. Since late 2013, he also assumes the coordination of Opération Iceberg, a French/Swiss experimental artist support operation founded by the Eurockéennes Festival and the Swiss Foundation CMA.