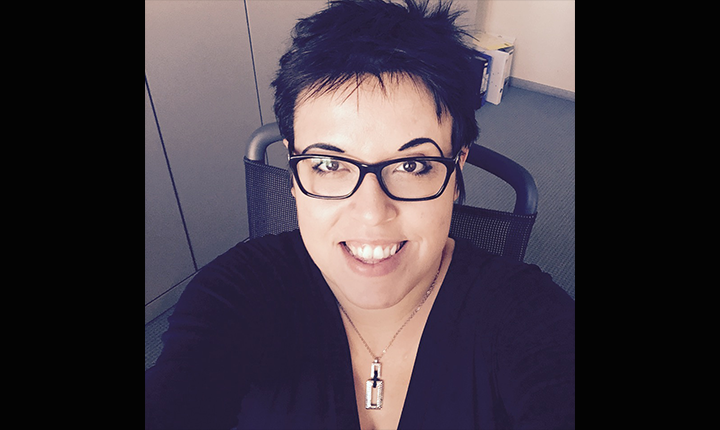 ‘Michael Jackson has been my first love since when I was 8 years old and heard for the first time the song “Liberian Girl”. Music has always been a part of my life and so has been writing.’

From 2011 to 2015 Nathalie worked as a freelance music and culture journalist for the newspaper “Luxemburger Wort” and this gave her the opportunity to chat with some big names: Joe Cocker, The Pixies, Yes, Toto, Bryan Adams just to name a few. In parallel from 2013 to 2015 she wrote for Magazine Karma, a quarterly magazine distributed in the Greater Region which brought her to a few very special interviews, as for instance the one she had at the Parisian hotel George V with a Depeche Mode member. Quite memorable!

In 2015, she began to write for the Webzine Vacarm, an e-magazine based in France, and decided to diversify her activities. Why? Nathalie wanted to help the bands that she cherished the most! She’s now the manager and booker of a pop-rock band from Luxembourg called Go By Brooks, a co-manager and booker of a raggle taggle folk band from Luxembourg called dream catcher, and a booker of an energetic pop rock band from Scotland called Little Eye. She also does press relations for a lot of bands in Luxembourg and also abroad.

Past Events with Nathalie Barbosa