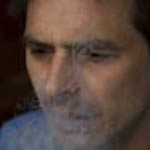 Active as a freelance producer since 1990, Moses Schneider has produced several number one and golden records with the Beasteaks (Smack Smash – 2003, Boombox – 2010) and Tocotronic (Schall und Wahn – 2009) and has been nominated for the best producer (Echo awards) in 2005 and 2007. In 2011 he has released the highly acclaimed book ” Das etwas andere Handbuch or How to pimp my Übungsraum” including tips and tricks and explanations about how to record your band in your rehearsal room.