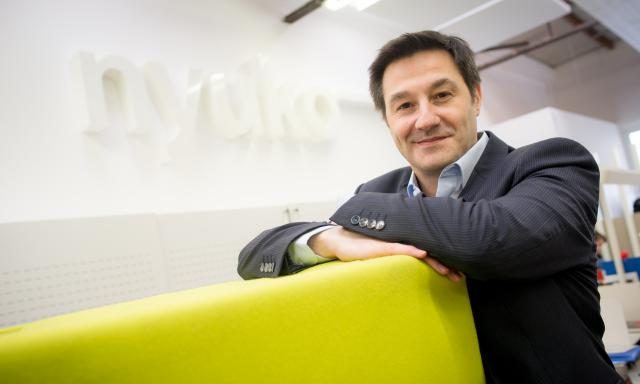 Martin Guérin has, over the last ten years, created and developed the entrepreneurial support program, created  for use by 250 startups in the network of Paris&Co, the agency for economic development and innovation in Paris.

The head of cross-disciplinary projects in Paris&Co’s 12 incubators, Martin Guérin boasts an immaculate track record: the creation and development of the Paris Innovation incubator (2004-2007), of the Nouveaux Médias incubator (2007-2009), and then of the FinTech incubator (2010-2012). When working at Paris&Co, he helped it grow from accompanying 50 startups in 2004 to 250 in 2015. In figures, the startups that he has mentored himself have an accumulated turnover of €370 million per year.

He is also responsible for the organization of flagship events like Pitch Days (for investors),Demo Days (for potential clients) and Start Up! Meet Up!, aimed at the 3000 startups, investors and large accounts in the Ile-de-France region.

A graduate of the Ecole de Management de Normandie (cursus HEC entrepreneurs), a certified professional coach – he has personally coached more than 200 entrepreneurs, including Johathan Benassaya, the founder of Deezer – and a confirmed entrepreneur himself (he has 3 startups to his name already), he is also a teacher at ESSEC and the Ecole Centrale Paris (innovation, entrepreneurship and business development).

Past Events with MARTIN GUÉRIN