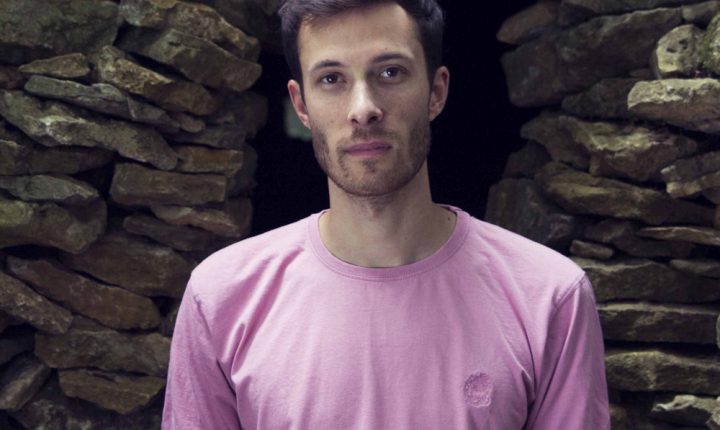 Five years are gone, since Chapelier Fou has joined Ici d’ailleurs with the release of his first EP,  « Darling, Darling, Darling » (2009)… But five years are short, compared to the huge way travelled by the Lorraine (FR) born personality. Four EP’s, two albums, many soundtracks for movies/documents/commercials (JR’s « Inside Out, Episode 1 », Jan Balej’s « Little From The Fish Shop », commercial for Google Web Lab, soundtrack for Lab212 for a Barbican Center digital exhibition…), concerts all over the world (Europe, Australia, Canada, China, Russia, South America…), songs in playlists of the more demanding DJs, and getting international fame. But time has not come to make a kind of inventory, as impressive it could be. Because now, Louis is coming back with « Deltas », his third album, whose title is a sign of his ambitions : to exalt what is living, to give a new dimension to sound and to show his uniqueness.

This album shows all elements which defines Chapelier Fou’s personality, from electronic music to beautiful violin melodies that gives thrills. But it also opens up the realm of possibilities, with his variety of more diversified emotions and his arrangements which are more intense than on his previous deliveries. If Chapelier Fou was once considered a « sound handyman », now he’s becoming a certified composer with his compositions, arrangements and harmonies. This has not changed overnight but is the result of his ability to feed himself from his experiences. « Deltas » will not open up on first the listenings, as the field of explorations is huge and experimentations are limitless. But immersion will be there. Here, complexity means fascination. And we have to say that the result is unique, as he is supported by his will for experimentation that can not leave the listener cold. Each track is a wonderful and fascinating paradox, where the obvious beauty of the melodies challenges unexpected uncommon structures.

And it always works, for sure. One is impressed by Chapelier Fou’s capacity to integrate so many details and ideas while being so consistent. But there’s always a trace of mystery which embraces his compositions, in this case, more present than ever. We understand less and less what’s going on in his mind, to imagine where his inspiration is coming from. Maybe it ‘s because his character has never been so impressive. While he’s going further in his approach as a composer, Louis is avoiding the trap of austerity, thanks to a communicative energy and an untouched pleasure to be a relayer. There are so many other things to tell about « Deltas », but words are missing now, or at least they can not give him justice yet. We will have to wait for the next album to be able to give a fair view on this one which will never cease to grow up as the years and listenings will pass, but also with the different versions that Louis will made, on stage or elsewhere. More than a record, this is an open window for his music’s possible future.

Past Events with LOUIS WARYNSKI