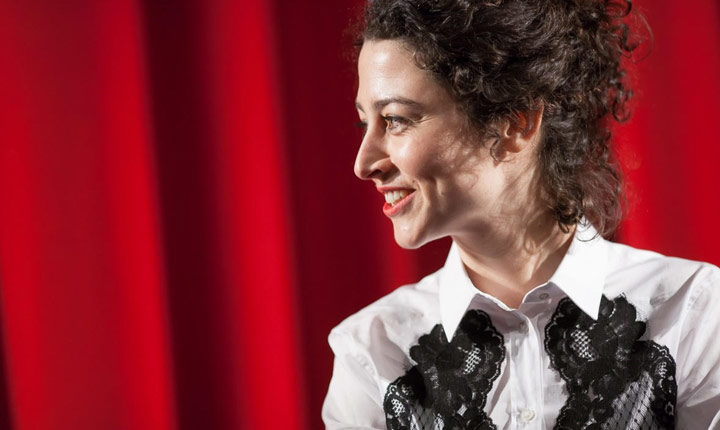 Born in Luxembourg, Laura graduated with a Masters in Film Studies at the University of Paris 1 – Sorbonne and a Postgraduate Diploma in Directing at the National Film and Television School, London.

After her studies, she wrote and directed two short films Senteurs (2008) and Double Saut (2011), both screened in many festivals worldwide, as well as the transdisciplinary theatre play Luxtime – Jacques Tati revisited (2009) which, after its premiere in Luxembourg, was also shown at the Avignon Theatre Festival in 2010.

After directing two episodes of the sitcom Comeback and a documentary for the series routwaïssgro for Luxembourgish TV, Laura staged the contemporary German play Das Ding aus dem Meer by Rebecca Kricheldorf in Luxembourg in January 2016.

In 2017, Laura’s first personal feature Barrage, starring Isabelle Huppert and Lolita Chammah, ha its world premiere at the Forum section of the Berlinale. After travelling festivals worldwide and being released in many countries, the film gets chosen to represent Luxembourg at the Oscars 2018 for Best Foreign Film.

Laura is currently finishing another documentary for the series routwaïssgro and developing her new feature Maret.

Past Events with LAURA SCHROEDER