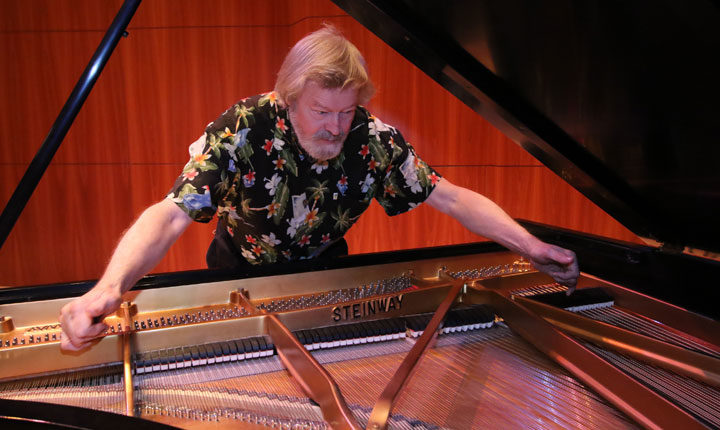 Composer/musician Kristian Blak is involved in a wide range of musical activities. Based in the Faroe Islands, he composes for international classical ensembles, performs locally and tours internationally as a musician and band leader with jazz, folk and world music groups.

His compositions include works for solo instruments, chamber groups and for larger ensembles, ballet and opera. In his compositions drawn from his richly diverse background. Blak’s works often include other art forms – visual art, poetry, theatre. He combines inspiration from ethnic musical traditions as well as new composition techniques, creating an artistic unity.

Blak has worked with sounds in nature in several compositions. These include concerts in caves and other natural ”concert halls” on the Faroe Islands such as a composition entirely with bird sounds, and several works where sounds are integrated in the actual performance.
He has a central role in the musical life and organizations in the Faroe Islands. Kristian Blak is the artistic director of Summartónar (The Faroe Islands Festival of Classical and Contemporary Music), as well as being director of the Faroese musician’s and composer’s record label Tutl.

Past Events with Kristian Blak