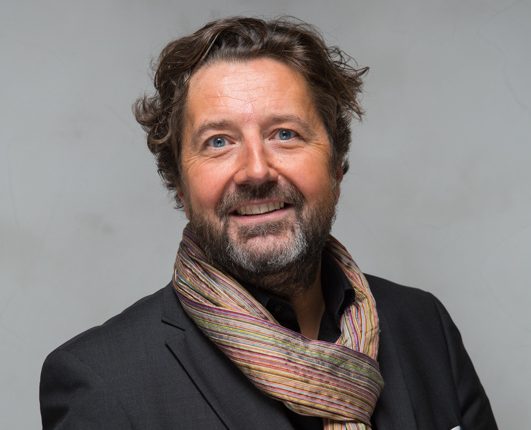 Guy Daleiden graduated in History and German linguistics and literature at the University of Freiburg i.Br. (Germany). He started his professional career as a civil servant in 1990, when he joined the Prime Minister’s office. Guy Daleiden is in charge of promoting the audiovisual production policy of the Luxembourg government. In this respect, he is Luxembourg’s representative in several international organisations.

Guy has been the managing director of Film Fund Luxembourg since 1999. The Film Fund is an official body supervised by the minister responsible for the audiovisual sector and by the minister responsible for culture. The Fund implements the overall policy of the government’s support for audiovisual productions and assists supervisory Ministers in areas such as the drafting of regulations and legislation. Thus it manages the various programs through which the Luxembourg government provides financial incentives to audiovisual productions.
The Film Fund Luxembourg represents Luxembourg in all European audiovisual initiatives, like Eurimages, the pan-european coproduction fund and Creative Europe.
With the aim of providing a framework for a Luxembourg audiovisual industry in full expansion, the Fund is also responsible for promoting the Luxembourg sector, developing international co-production agreements and delivering certificates on the nationality of works.

Guy is Vice-President of the EFAD (European Film Agency Directors Association). He is administrator of the Luxembourg Film Academy and of EAVE (European Audiovisual Entrepreneurs), as well as member of the board of directors of the Luxembourg City Film Festival.

Past Events with GUY DALEIDEN