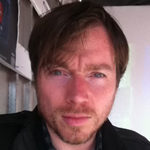 After having studied Anthropology of Communication and Cultural Management at University, David Dehard began his career as a trainee at the Opera Of Liège and worked at the same time for a small record label. He then moved on to be a board member of a neo classical ballet, was marketing manager for a famous belgian beer brand and worked as a journalist for a local television channel. In 2001, his professional career crossed the path of music again as he became coordinator for the Belgian « Conseil de la Musique », before founding his own booking agency « Zebra Booking » while being at the same time a freelance booker for the music department of the Theatre de Namur. Since 2006, he has been working as the manager of Belgian venue and promoter network Club Plasma (powered by the association Court-Circuit).