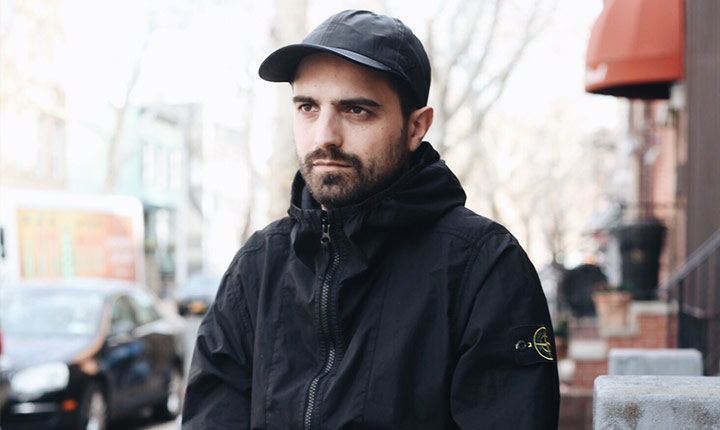 Growing up, music was one of the only way he could escape from the blandness of a city where nothing much happened. Shaped by punk and alternative music, the French producer moved to Brussels (Belgium) at 17, where he discovered and fell in love with electronic music.

Suffering from intense sleeplessness a couple of months after moving to his new home, he became obsessed with the orange glow of the city lights at night and the soft golden colors of the sun during its rise, inspiring him to start composing musical textures and moods. Since his debut into the world of electronic music, Napoleon Gold has worked on remixes and collaborations with artists such as Cherokee, Sun Glitters, and Monsoon Siren as well as visual artists David Brognon and Stéphanie Rollin, and is currently composing his first feature film score. He has played over one hundred performances around the world, opening for acts such as London Grammar, Glass Animals, SOHN, Son Lux, and many more.

Joined on stage by a drummer, Napoleon Gold gains in intensity and character when experienced live: the mix between electronic sounds, keyboards, percussions, and subtle improvisations make each show a unique experience.

In May of 2017 he released his first video and single, the catchy ‘A New Colour’. Later that year he signed with Cinematic Music Group. Since then, he finished producing and recording his first Electro and Hip-Hop influenced EP, projected to release later this year.