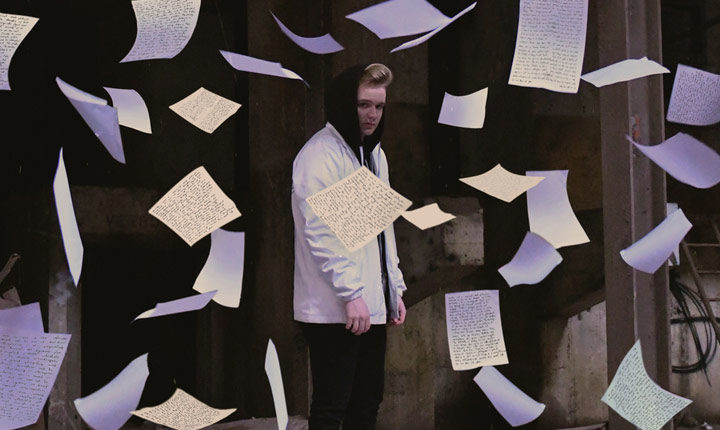 Maz has been around for the better of a year now, creating quite a sensation at last year’s Screaming Fields Festival where he won a great number of distinctions, after stunning the audience and convincing the jury.

All written in a summer of ‘pure inspiration’ as Maz says himself, ‘Immortalisation’ is the first real display of his technical and lyrical rapping skills. The ambitious debut album features beats and production work signed by the likes of Cehashi, Corbi, Sun Glitters, Mr. Charly and Fresh D. Hence, ‘Immortalisation’ is soaking with a rich variety of styles from old school boom bap to the newest trap wave and all their subcategories, the different sounds and moods referring to the many music influences of the young artist, who is inspired by artists such as Wisdom, Token, Eminem or Ed Scissor.

According to Maz, the album is further a mirror of himself and a complete reflection of his personality. The creative work and writing process operating as a sort of therapy, it was a means to getting to know himself a lot better. Not shy about his endeavours, Maz is reaching for the stars with his debut album or as he puts it ‘loving the idea of being able to reach immortality through art.’

‘Immortalisation’ is the name of his 15-track record debut album that has been released on the 30th of March 2018 at the Rockhal Floor.