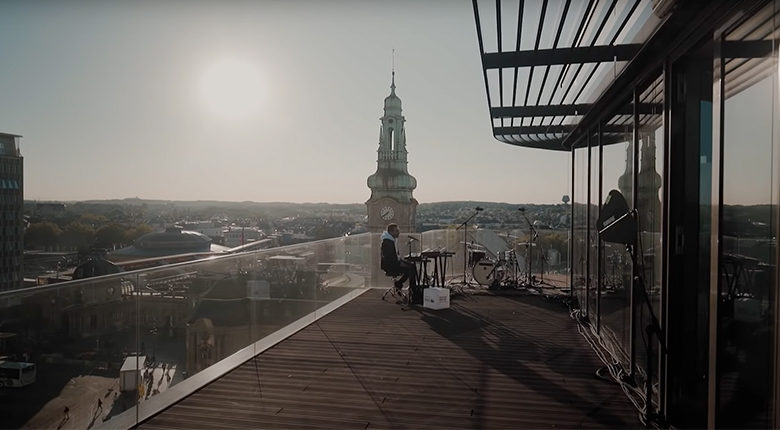 Since the launch of the first Rocklab Pop-Up Sessions in November 2020, the video series has been a great success with more than 500.000 cumulated views for the 10 local artists that participated in the first season of the project. Now it’s time to promote these high-quality recordings towards the international community of music professionals, and especially the professional network Rockhal and Rocklab have been building over the last years via the Sonic Visions Festival and Music Lab, which is a part of INES (Innovation Network of European Showcases). We’ve encompassed an extract of each of the 10 Rocklab Pop-Up Sessions that have been released so far to circulate as best-of video of a selection of Luxembourg’s most talented and promising artists, shot in the country’s secret and unusual places. Thus, the video features: Francis of Delirium,  Napoleon Gold, The Grund Club feat. Priscilla da Costa, Jackie Moontan, Edsun, Claire Parsons, Chaild, Rome, Scarred and Bartleby Delicate
Sonic Visions Music Lab & Festival is member of the INES network – Co-funded by the Creative Europe Programme of the European Union

You want to start planning your personal festival agenda? You want to know when your…

CHECK OUT OUR STUDENT TICKETS!

If you are a student you can benefit from our special rates for student tickets:…

THURSDAY 12 NOVEMBER 2015 Sonic Visions goes metal! For the first time since its creation,…