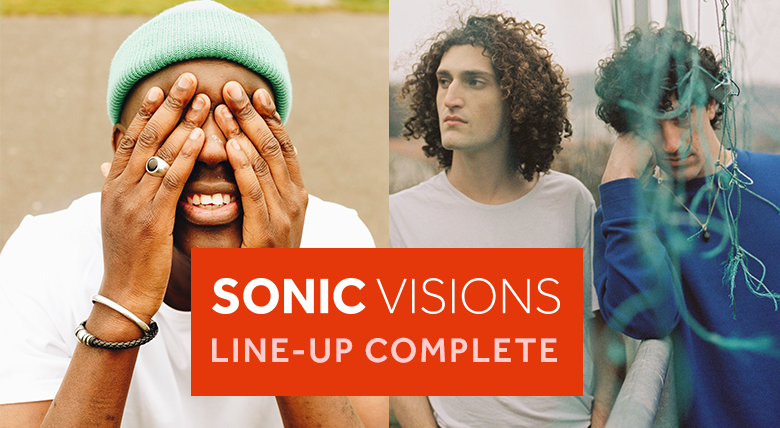 The complete line-up and timbetable are online now. Last acts to join the bill:

BARNEY ARTIST – 26-year-old east Londoner who fuses 90s era boom bap hip-hop with jazz for a refreshingsound harkening back to legends such as A Tribe Called Quest and The Roots, and taking influence from prolific UK artists including Kano and Ghostpoet.

Check out the timetable here.

Unfortunately, XamVolo & Cuco won’t be able to perform at this year’s Sonic Visions Festival. We apologize for any inconvenience. Please find their statements below:

Unfortunately due to logistical reasons, Xam Volo has had to cancel his performance set for November 16th

Due to the severity of the recent accident, we regret that we are cancelling our South American and European tour dates and the December dates in Mexico. We hope to reschedule these shows as soon as possible, and appreciate the understanding while band members recover to full health.

Marketing, Promotion, Monetization: effective strategies for music on YouTube. Jeroen Bouwman from GOOGLE who is…

FIRST BANDS TO BE ANNOUNCED ON 19 JUNE