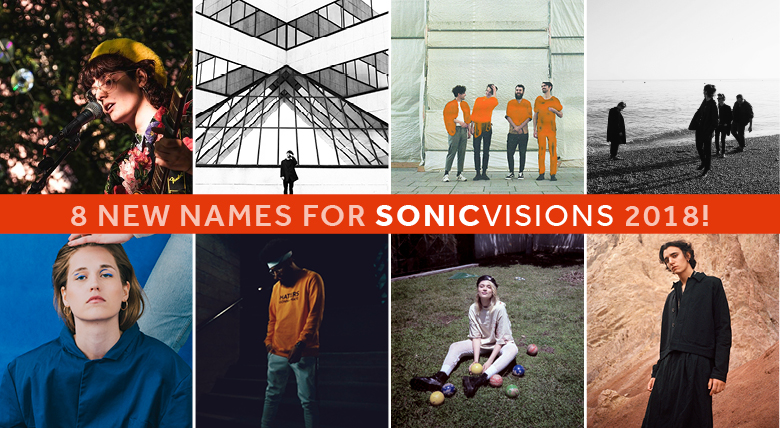 Sonic Visions is happy to announce 8 new artists for its 11th edition on 16th and 17th November 2018.

HEARTS HEARTS – This is ultra-intelligent pop from a band that have found their true voice. Somewhere between happiness and sadness, energy and lethargy, electronica and rock – that’s where you’ll find Hearts Hearts.

LOLO ZOUAÏ – The 23-year-old singer-songwriter released her breakout single, “High Highs to Low Lows”, at the end of Sept. 2017, which has since racked up millions of plays worldwide and was chosen as the first track on Spotify’s ‘Fresh Finds Best of 2017’ playlist.

COLLECTIVE CONSCIENCE – When asked about their undefinable genre they might break out in a cold sweat, but they love to space out in the vacuum between epic jazz and electronic Hip-hop.

JOSEPHINE – Influenced by artists like Alice Phoebe Lou, Amy Winehouse, and Alabama Shakes, she tries to tell a personal story in her songs, all with a groovy sauce about it.

TAMINO – Of Belgian, Egyptian and Lebanese heritage, the 21-year-old musician Tamino’s British debut single is a song of such startling, visceral, sit-up-and-listen power, it is as if the singer has arrived, out of nowhere, fully formed.

C’EST KARMA – c’est Karma has already opened for Milky Chance or, played as support for bartleby delicate. her smooth and smoky voice cuts right through every venue. a mix of „Daughter’s“ intimacy and the power of a young unstoppable Sinead O’Connor: c’est karma continues to baffle audiences in luxembourg with her music and voice.

Get your tickets here.

We have been working on the schedule and reduced change over times. No major changes,…

Leading the charge as one of the countries most exciting new guitar bands, Catfish And…

https://youtu.be/vKakNhz2ToA Check out the clip from their upcoming album, we love it!