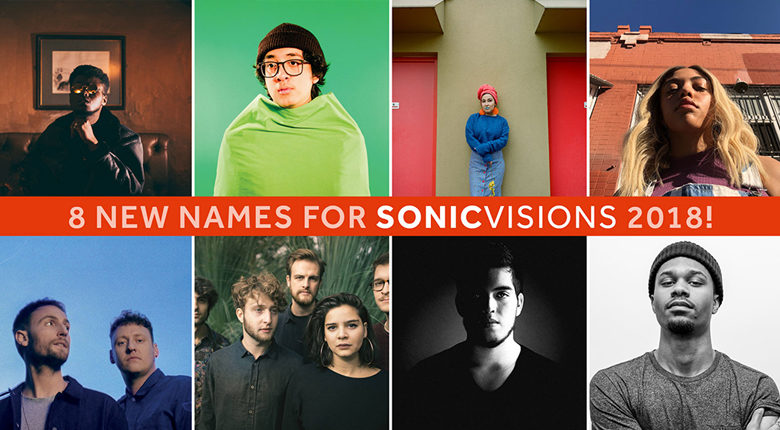 Sonic Visions is happy to announce 8 new artists for its 11th edition on 16th and 17th November 2018.

SOIA – Melancholic and gentle, then demanding and powerful, Soia’s vocals oscillate between Soul and Electronic Hip Hop, dancing effortlessly over the Dilla-esque beats and beautiful harmonization of Mez.

MUDAZE – Excited about the connection between jazz, classic and electronic music, what passionates him, and where Mudaze distinguishes himself from others; constantly busy extending
his own repertoire.

MARIBOU STATE – Intrigued by the dynamics of electronic music for the dancefloor as much as with the richness and human quality of live instrumentation and song-craft, they have worked tirelessly to evolve and forge a unique, compelling and deeply soulful marriage of the organic and the synthetic, showcased on their forthcoming debut album Portraits.

MAHALIA – Based in Birmingham, England, Mahalia is Mahalia Burkmar, an alt-R&B/soul singer and songwriter who counts Erykah Badu and Lauryn Hill among her biggest influences.

XAMVOLO – In the last 12 months, the 23-year-old artist has risen to the attention of critics and music fans the world over thanks to his impressionist reimaginings of neo-soul, jazz and pop. He’s played Glastonbury, sold out a headline London show, and been compared with everyone from D’Angelo to Anderson Paak.

CUCO – With the recent drop of his EP Chiquito and a busy 2018 touring schedule featuring appearances at Coachella, Governors Ball, Lollapalooza, and Austin City Limits it’s looking like a life-altering year for Hawthorne’s Cuco.

Tickets for this year's edition of Sonic Visions are available now. You can choose between…

As part of the Sonic Visons Music Lab, TECHNOPORT is inviting you to a TECH…